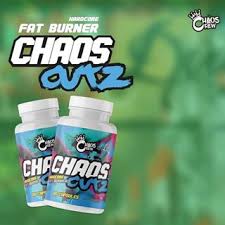 What is Chaos Cutz?

What is Chaos Cutz?

What ingredients are in this fat burner?

One of the main ingredients from the Chaos Cutz, is Chromium. This helps maintain proper carbohydrate and fat metabolism. It essentially controls insulin – the hormone made by the pancreas that allows you to regulate how your body uses or stores glucose and fat.

One of the reasons that this product is lauded as packed with stimulants, is because of the amount of caffeine inside of the formula. Now, don’t get me wrong! Caffeine is very good at what it does — boosting your energy. That’s why we see it in a lot of popular brands (like the number 1 fat burner — the Instant Knockout.)

However, too much caffeine, when taken by an inexperienced consumer, can lead to many uncomfortable side-effects (will be discussed further later.)

As far as thermogenic ingredients go, cayenne pepper is definitely one of the best. It’s been proven to effectively help you burn excess calories by increasing your body temperature — prompting a steady calorie burn.

There’s not much that is known about this particular ingredient. It’s been suspected of improving the rate in which you build up muscle mass. However, this cannot be proven. What’s more, this is connected to a banned substance that has been known a couple of nasty side-effects.

Another potent beta-2 agonist, which helps stimulate lipolysis, which liberates fatty acids for use as fuel. More interesting, is the fact that Cirsium enhances caffeine’s slimming effects, and can further accelerate weight loss.

Easily one of the most effective thermogenic ingredients available. New clinical trials being conducted in Europe have suggested that the weight loss benefits of 6-Paradol were found to significantly increase energy expenditure and loss of brown adipose tissue making it one of the top researched products for anti-obesity by scientists today.

Also included is 3,3 diiodothyronine which is better known as T2. T2 is very similar to the popular thyroid activator T3 but without any of the bad side effects and perfectly legal, unlike T3 which is only available with a prescription.

T2 will be broken down and converted into T3. But unlike T3 and its unique chemical structure, you won’t have to worry about permanent thyroid shut down, making it much safer and much more desirable with all of the same benefits.

helps to boost metabolism for energy and burn stored fat. It is also is involved in the production of red blood cells that carry oxygen to every cell in the body.

There are no reviews yet.

Be the first to review “Chaos Cutz” Cancel reply